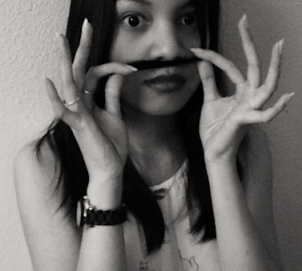 Catrina Dulay is a compelling, San Diego-based designer and illustrator. Having recently graduated from design school (she attended Otis College of Art and Design, among other schools), she has written both for Design Milk and Holiday Matinee while tackling a wide range of projects for clients. Just a few weeks ago Catrina launched a beautiful new personal project, Catrina and Mouse – a shop for cat-themed art and design. Apart from her obvious design/illustration skills (samples below) Catrina is a prolific and thoughtful list maker, and we’re very happy she’s a part of the Listgeeks community. Be sure to check some of her lists out after you read the below interview.

Listgeeks: What first got you interested in pursuing design as a profession?

Catrina Dulay: My interest in art was a precursor to my interest in design. In elementary school, art was the only thing I felt good about doing because I wasn’t very good at anything else and being an only child gave me a lot of solitary time. I knew right away that I wanted to go to art school, but I had no idea what design was yet. I just liked pictures, colors, and putting things together.

I discovered web design in middle school and played around with Geocities sites until early high school, which was when I became interested in graphic design instead. Around this time, I also developed an interest in photography, but design was always my number one interest. After high school, I attended Otis College of Art Design in Los Angeles and finished my studies at a smaller design school in San Diego a year and a half ago. 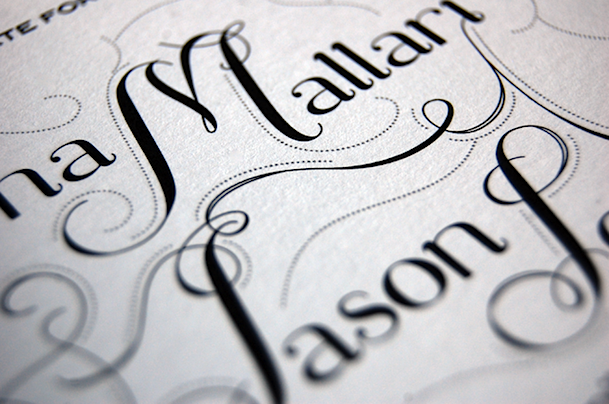 While I was studying, I discovered how much I enjoyed the creative process and how much it affects the work that I do. It affects any creative endeavor. I was watching the Anthony Hopkins episode of Inside the Actors Studio and he explained that he modeled Hannibal Lecter after reptiles. I thought, “That was a good idea.” Because it worked! It made that character terrifying! These ideas, these ways of approaching things… all of it has a big impact on the results. It’s also a major part of what makes the job fulfilling, because I’m not just creating stuff. I’m figuring stuff out. I’m solving problems. I’m finding answers to questions that I never thought of asking myself and reasons for things I never thought about. I really love that. That’s my favorite part of being a designer, and that’s how I knew I was pursuing the right profession.

LG: How long have you been a contributor to Holiday Matinee? How did that come about?

CD: I have been a part of Holiday Matinee for three years and two months now. When I started out, I was an intern and it was still based in San Diego. I discovered Holiday Matinee through another internship I was doing for Design Milk. At the time, I was taking online classes so I had enough free time for a second internship, so when Holiday Matinee had one available, I met with Dave (the founder) and took it. I was really excited to surround myself by like minded people, especially since I wasn’t in a physical classroom environment for a little while. I’m really grateful to be a part of this team of awesome people who are all about sharing creative inspiration and letting other people know that it’s more than okay to pursue what you love (in fact, this encouragement is a demand). Also, I should note that if it wasn’t for Dave forwarding me the Listgeeks launch announcement two years ago, I would not have discovered Listgeeks in the first place!

LG: You recently launched Catrina and Mouse, a shop for cat-themed art and design. Tell us how the idea to do that evolved.

CD: The idea evolved about a year ago when I was unhappy with my creative work. It was about six months after I finished school and my inner confidence as a designer was low because I couldn’t find my niche. When you’re young and hungry, it’s disappointing because you want to satisfy your hunger, but you don’t know exactly what to satisfy it with. I knew what I wanted, but I did not know what I wanted (imagine the word “wanted” in a magnificent and gaudy lighted signage style). That made it easy to compare myself to other people who found their niche. I would look at some of my talented peers and think, “I could’ve done that! I could’ve created that!” But I could not have done this or created that. It wouldn’t have suited me and I probably wouldn’t have been able to do those things as well as they did. Making those comparisons was was a bad way to deal with self-doubt. I had to figure out what I could do to rejuvenate myself and my work. Whatever it was, it didn’t have to be groundbreaking, but it had to be done well and it had to make people happy. That was how Catrina and Mouse was born.

I thought it would be a neat idea to combine two things I love: cats and design. It’s not a unique concept (there is a lot of cat-oriented design out there already), but I thought that I could do something special with it. At first, it was a hypothetical idea, but I thought about it a lot. I thought about it in the shower, at night before I went to sleep, and in the morning when I woke up. That had to mean something. Eventually, I allowed myself to get lost in the fantasy of it and it became a more fully realized picture of everything I wanted to do as a designer. I thought, “Gosh, how fabulous it would be to make this happen!” And then I decided to go for it.

I wrote a plan long enough to fill a notebook and I worked on it a couple of hours each day for eleven months. When I approached the eleventh month, there wasn’t much I wanted to say about what I was doing. When you invest a lot of your time and energy doing something like that, you don’t want to explain it. You just want people to see it. So when I finally launched the shop, I was happy because I made something and I grew in the process. I think when you’re a young designer just out of school, you never stop being a student. At least, that’s how I feel. I think that a lot of master designers can still be students in a sense that they’ll always be learning something new about what they do and who they are as designers. I still have so much to learn because I’m new and I haven’t been broken by the wheel of design and business ownership yet, but I’m sure it’ll be a good hurt. So far, I’m glad I learned this: if you don’t make something, it doesn’t exist and if you want it to exist, it can, but that’s up to you. 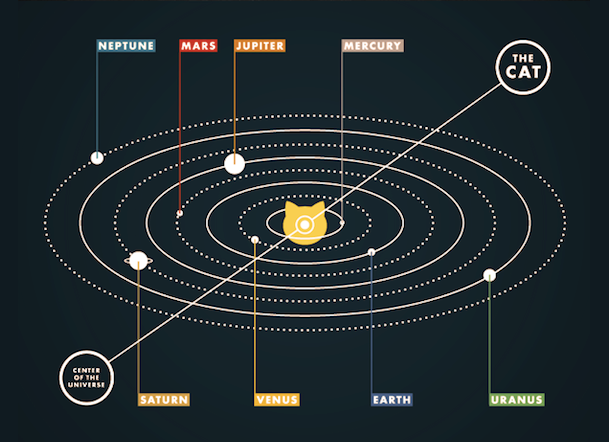 LG: What are some of your favorite sources of cat-related Internet madness?

CD: Surprisingly, I don’t visit a lot of cat-related sites. My favorites are Hauspanther, Cat versus Human, and Cash Cats. Most of my cat dosage comes from Tumblr (I follow a lot of cat Tumblrs). There are a lot of nice cats there. Most of the time, I come across a cat I like and I think about how fabulous it would be to know that cat. The rest of my internet cat dosage comes from Flickr, YouTube, BuzzFeed, Pinterest, a LiveJournal community I frequent, and stuff that my friends send me because they know me so well. I’m quite certain I cancelled out the first sentence in this paragraph three sentences ago.

LG: You’re an avid list maker – in fact one of the most prolific on Listgeeks. What is it about lists that you think make them compelling? What are some of your all-time favorites on the site?

CD: I’ve always loved making lists for practical reasons and amusement. I think they’re compelling for many different reasons, and the more specific they get, the better they are. One really good example is the list, “Possible Names for a Pet Owl.” It’s not just any bird! It’s an owl! It’s a bird with a certain personality! Someone listed Wrathgarden and Serpent’s Madness, which are perfect names for an owl. I love the thought that went into that list, and I see a lot of that in many other lists on the site.

There are also lists that are really thought-provoking, like “Songs I Don’t Want to Hear While I’m Drinking a Smoothie” and “Famous Actors in Two Words.” Those are mental exercises. The “favorites” lists are great, too, because I enjoy discovering movies, books, and music. I also appreciate the informative lists (especially the design-related ones) and the lists that express frustrations because I love learning about people’s annoyances (not just the things they like). The lists I love most are the ones that help me discover new things about myself, like the “Things I Observe Upon Meeting Someone” list.

My all-time favorite lists are: